Plans Include the Sale of 39 Remaining North America Cold-Fill Production Facilities; Latest Agreements Include Letters of Intent for Territories in Five States

ATLANTA, Feb. 9, 2016 – The Coca-Cola Company today announced that it is accelerating the pace and scale of its bottler refranchising efforts with plans to refranchise 100% of Company-owned North America bottling territories by the end of 2017, including all cold-fill production facilities. The Company has also entered into a non-binding letter of intent to refranchise Company-owned bottling operations in China to existing partners China Foods Limited, part of COFCO Limited, and Swire Beverage Holdings Limited, building on other recent global refranchising initiatives in Europe and Africa.
The Company’s progress and success in transitioning bottling territories to date has provided the confidence to increase the pace of transition.
“We have made significant progress on our North American refranchising initiatives,” said Muhtar Kent, Chairman and CEO, The Coca-Cola Company. “We continue to negotiate additional agreements and we are in constant discussion with potential partners who are excited about investing in the future of the Coca-Cola system in our flagship market as well as in other markets around the world.”
Added Kent: “The acceleration of our global refranchising marks a step change in our efforts to refocus The Coca-Cola Company on its core business of building strong, valuable brands and leading a system of strong bottling partners.”
The franchise system is a cornerstone of the Company’s 21st Century Beverage Partnership Model in North America, a broad initiative aimed at building on system capabilities to sustain success. The first letters of intent in the refranchising process were announced in 2013.
“This has been an important, strategic process that positions the Coca-Cola system in its flagship market for a great future,” said J. Alexander “Sandy” Douglas Jr., President,
Coca-Cola North America. “The North American market presents an opportunity to blend the strengths of a locally focused franchise bottling system with national production efficiencies and large customer account management.”
So far, the Company has reached definitive agreements or signed letters of intent to refranchise territories that account for more than 40% of bottler-delivered distribution volume in the United States. The Company’s Coca-Cola Refreshments unit continues to operate Company-owned territories in North America and will work to ensure a smooth transition to aligned, new and existing bottling partners going forward.
As part of this accelerated refranchising effort, the Company now plans to sell the remainder of its Company-owned cold-fill production facilities by the end of 2017. These facilities produce sparkling beverages, such as Coca-Cola trademark brands and Sprite, along with still brands such as Dasani. The Company expects to maintain ownership of its hot-fill facilities, which produce brands such as Powerade and Minute Maid juices. Company-owned hot-fill operations will supply the entire North America Coca-Cola system.
Today, the Company announced several deals that represent additional progress in the overall North America refranchising process.
New letters of intent provide that:
•    Coca-Cola Bottling Co. Consolidated, based in Charlotte, N.C., will assume additional territory in portions of Ohio and West Virginia, along with a production facility in Twinsburg, Ohio.
•    Coca-Cola Bottling Company of Roseburg, based in Roseburg, Ore., will assume territory in the Pacific Northwest, primarily in southern Oregon and a small portion of northern California.
•    ABARTA, Inc., based in Pittsburgh, will assume territory in Pennsylvania.
The letters of intent announced today are subject to the parties reaching definitive agreements. Financial terms are not being disclosed.
The Company has also closed its previously announced Definitive Agreement with Coca-Cola Bottling Co. Consolidated and successfully transitioned additional territory in Maryland and Virginia, along with a production facility in Sandston, Va.
International Refranchising Today, the Company is also announcing that it has entered into a non-binding letter of intent to refranchise Company-owned bottling operations in China to existing partners China Foods Limited, part of COFCO Limited, and Swire Beverage Holdings Limited.
Coca-Cola’s third-largest market by volume, China represents a significant long-term growth opportunity for The Coca-Cola Company and its bottling system. The system recently opened its 45th local plant and is currently investing $4 billion in China for future growth, building on $9 billion of investments made in the market since 1979.
Elsewhere, the Company is also focused on refranchising in markets such as Europe and Africa. This includes the planned creation of Coca-Cola European Partners in Western Europe and Coca-Cola Beverages Africa in Southern and Eastern Africa.
History of North America Refranchising North America is Coca-Cola’s oldest and largest market in the world. Historically, the Coca-Cola system in the United States and Canada was comprised of a significant number of small, local bottlers. Through decades of consolidation, the system evolved to be comprised of a much smaller number of bottlers. By the early 2000s, the majority of North American bottling territories were owned by Coca-Cola Enterprises.
A decade ago, The Coca-Cola Company began working with its bottling partners on plans to develop a model that would evolve the way the system serves a changing customer and consumer landscape, with a focus on creating stronger system alignment. A critical step was the Company’s acquisition of the North American territories of Coca-Cola Enterprises in 2010.
In the five years since the deal was closed, The Coca-Cola Company has accelerated the implementation of the new model by strategically addressing the franchise system, customer service, product supply and a common information technology platform.
Ultimately, the Coca-Cola system in North America will be comprised of economically aligned bottling partners that have the capability to serve major customers, coupled with the ability to maintain strong, local ties across diverse markets in the United States and Canada.
The system also includes a new structure for production of finished beverages, with cold-fill production being owned by select, regional producing bottlers and hot-fill and syrup production remaining under ownership of Coca-Cola North America. The National Product Supply Group, or NPSG, which has a board comprised of representatives from Coca-Cola North America, Coca-Cola Refreshments, Coca-Cola Bottling Co. Consolidated, Coca-Cola Bottling Company UNITED and Swire Coca-Cola USA, will administer key activities for NPSG-member bottlers. The board currently represents approximately 95% of U.S.-produced volume.

Jim Collins, Great By Choice
Posted by John Bitzer at 8:00 AM No comments:

http://www.wfmz.com/news/news-regional-lehighvalley/stadiums-name-will-be-cocacola-park-through-2027/31571238
Posted by John Bitzer at 10:17 AM No comments:

He claims it will make you laugh out loud...

I am pleased to announce that effective February 1, 2015, Bill Holtz has been promoted to the newly created position of Vice President, Finance and Administration, reporting to me.

Bill joined Buffalo Coca-Cola in 1989 as Financial Manager and in 1994, moved to Pittsburgh to join ABARTA's Finance Group.  He became Treasurer in 2009.

Bill earned his undergraduate degree in accounting from Duquesne University and his MBA from the State University of New York at Buffalo.

Please join me in wishing Bill well in his new position.
Posted by John Bitzer at 12:52 PM No comments:

This is a good way to start: click here

Posted by John Bitzer at 1:50 PM No comments:

New Policy On Use Of Mobile Devices While Driving

If you would like to know more about why we changed the company policy on the use of mobile devices while driving, check out this website: focusdriven.org
Posted by John Bitzer at 10:57 AM No comments: 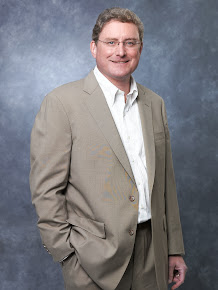